Got to say that Rob does look so good, wearing rubber, locked in own Behind Barz chastity belt. Which he drove home wearing…

Want to see the full set of these photos and some vidoes? Then head over to our Wetsuitlads exclusive area.

Want to see lot’s of photos and some vidoes of Rob AKA RubberedChastity in chastity. Then you really do need to check out the Wetsuitlads Exclusive area. To see these photos, you need to give at least £20!

Believe me… you will love them!

P.S. Do give him a wee follow at twitter.com/rubberedslave

If you want to see full set of Nick in rubber, S10 gas mask and posture bar, you need to sign up to our exclusive area.

Oh and for once he’s not hard, since he was locked up in BON4 Silicone Male Chastity Device!

You need to give £9 to see the full set or £20, if you also want to see him locked in the chastity device!

Want to see a video, of one, of our models all helpless in a straitjacket, chastity belt and S10 gas mask? Then make a donation of at least £20!! 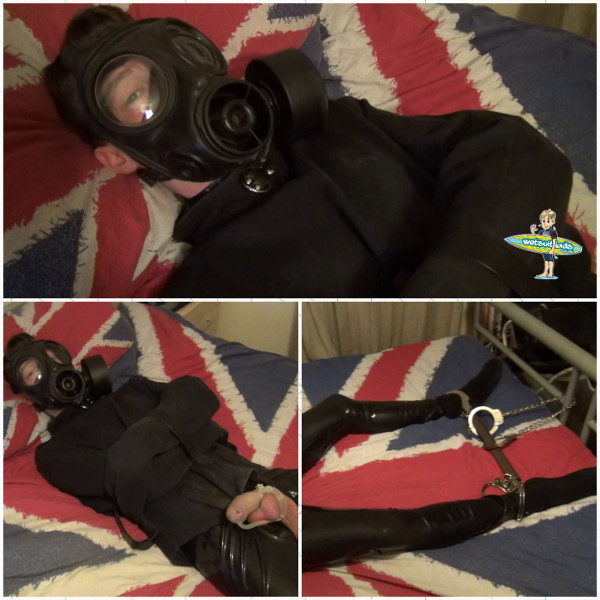 I love this story! Wish, I had a boyfriend that would do this to me… The idea of being edged, then locked in a chastity, with no idea when you will be let out, sounds so HOT!!

There were a number of small gifts from my boyfriend, but when I opened the athletic cup, I was a little confused. It seemed like an odd gift. He had smiled, and said it was for a “chastity game” he wanted to play with me.

That had been last Christmas, and I soon found out what he had meant. Occasionally, throughout the year, he would ask me to put on the cup, and the chastity rules would start. The rules were simple, I had to wear the athletic cup continuously until he gave me permission to stop. I could pull it down piss, and when I was taking a shower, but I was under no circumstances allowed to touch myself during those times, and I wasn’t allowed to remove the cup until he gave me permission.

Full story can be read at www.metalbondnyc.com/chastity-game/