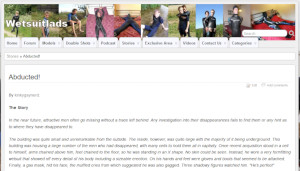 That’s me just posted the first part of the “Abducted!” story to the Wetsuitlads story section.

That’s me just posted part 1 and part 2 of the amazing “Revelation” story to the Wetsuitlads story section.

He’s already told me, he’s working on the next 2 parts! 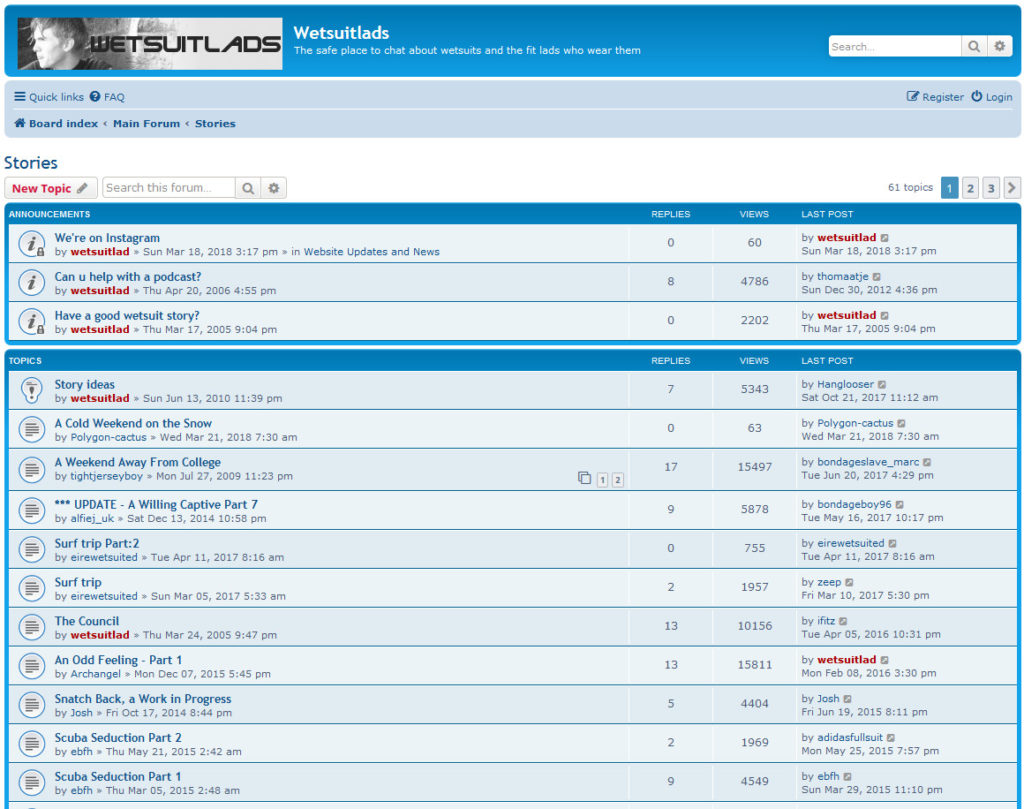 Check out the amazing first part of “Revelation” which has just been posted to our Wetsuitlads forum!

Check out the amazing first part of “Trapped in scuba gear” which has just been posted to our Wetsuitlads forum!

What access to our Wetsuits exclusive area? But don’t want to pay or have the money… Then have you have to do is write story. If we add it to our story section, you will be given free exclusive area access!

Check out the story section to see what others have written for us!

I love this story! Wish, I had a boyfriend that would do this to me… The idea of being edged, then locked in a chastity, with no idea when you will be let out, sounds so HOT!!

There were a number of small gifts from my boyfriend, but when I opened the athletic cup, I was a little confused. It seemed like an odd gift. He had smiled, and said it was for a “chastity game” he wanted to play with me.

That had been last Christmas, and I soon found out what he had meant. Occasionally, throughout the year, he would ask me to put on the cup, and the chastity rules would start. The rules were simple, I had to wear the athletic cup continuously until he gave me permission to stop. I could pull it down piss, and when I was taking a shower, but I was under no circumstances allowed to touch myself during those times, and I wasn’t allowed to remove the cup until he gave me permission.

Full story can be read at www.metalbondnyc.com/chastity-game/